WHY A PITCH DECK:

Inspire producers as they absorb and understand your pitch that brings the potential of the project into focus.

Every deck design we create is completely original and inspired by the unique themes and aspects of your pitch for a TV show.

Producers are scouting hard for new material, and the competition among new creators to sell to them is intense. You have one shot to engage a Producer reading your pitch.

TV Producers hire their own development executives to create and craft their pitch decks to bring to Network. Take advantage of this opportunity to give your TV series the same insider’s edge the production companies have.

We review/analyze your written TV series pitch to identify and illustrate the key elements of the concept. (You must have a written synopsis of your concept).

Your deck is designed to serve the core concept and tone of your pitch.

Key snippets of your writing are integrated that tell and sell your pitch in the most compelling manner.

We’ll create & deliver 6-7 pages of original content/graphics communicating your written pitch and the essence of your project for TV producers.

We’re not afraid of holding hands! We’ll have email communication to revise and polish your pitch deck to your liking. We include 1 full revision.

Final PDF delivered for your use in marketing your project.

All Pitch Decks Are Reviewed And Refined by Scott Manville: 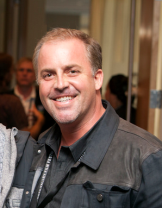 With 20 years of professional experience formulating and writing pitches for some of Television’s top producers and networks, reviews and refines all pitch decks created with our service before delivery. He is a former Head of Development for Merv Griffin Entertainment and was most recently a Producer on contract for Relativity Media. You will have direct access by email communication with Scott during the final process of delivering your TV pitch deck.

Read Scott Manville’s blog article on “How To Pitch A TV Show” and jump into the conversation.

Read Success Stories and see what others have accomplished.

GOT A QUESTION FOR SCOTT? SUBMIT IT IN THE COMMENTS SECTION BELOW:

What Clients are saying about Scott Manville…

“Words cannot describe how thankful I am that I engaged Scott Manville last year to write and market my project.  I have been in the television industry in production and on air for over 15 years and I have never had a more successful business relationship. In the brutal world of television, having a fabulous concept is not always enough to move things into production. It takes someone like Scott, who has the talent and dynamic pitching ability. Without Scott’s expertise, my script would have just been another script among the thousands that get submitted to production companies and networks on a daily basis.

Even though the television world has it’s ups and downs, Scott’s charismatic personality and honest business ethics made this process pleasant, exciting and a truly valuable learning experience. He is so knowledgeable in so many different areas of the television industry from development to production to legal contracts. After pitching the concept’s treatment that Scott developed and wrote, I received multiple offers from A-List companies. He even helped me navigate through countless meetings and a few contracts that were almost signed before signing a deal with the right production company. Scott could have convinced me to sign with the first company that came forward, but his knowledge of what was possible and right for my deal brought better opportunity. For that, I am so grateful.

Scott was there every step of the way through this process and always available to guide me through the bumps in the road. Scott Manville is one of the few honest men left in the entertainment industry. I would recommend his service in a heartbeat to any aspiring producers or writers.”

“I hired Scott Manville to help develop an idea for a half-hour cable reality series. The process took roughly a month to complete, and by the end I had a Production Company pick up the idea and schedule a pilot shoot! I must say I was very impressed with Scott’s knowledge, understanding, and professionalism. In pitching to several production companies, one even referred to him as a “Legend” in the business of concept development. Scott took my ideas and research and compacted it into a top caliber concept that you will likely see on the networks soon! I’ve been in TV both on and off air for 10 years, and I can tell you that Scott works wonders for a reasonable amount of money. What the success of the concept comes down to is how revolutionary you idea is and your tenacity to get it picked up. If you are thinking about hiring Scott, those with faith and determination bring dreams to reality.For those of you who truly believe your idea is something people need and want to see, I highly recommend Scott Manville’s services. He makes the process comfortable, detailed, and affordable. If you have the right attitude from there, the rest will be history!”

“Thank you for turning my story into a masterpiece that’s ready for market. When I sent you my first draft I didn’t know what to expect, but you certainly brought my story to life. Any writer who connect with you will be amazed at what your talent will deliver for their pitch. I look forward to our next endeavor.”
Andre Tillman

“Scott Manville has been wonderful!! I have asked LOTS of questions throughout this process, sought his guidance, and have secured his writing skills by having him rewrite several projects. He has truly been a HUGE asset and a valued sounding board. I certainly owe my success in large part to him and The Writers Vault. I would recommend his writing service to any and everyone.”
[Update: Dave secured a deal with BEI TV (Relativity Real) and informs us his project has been set up at Nat Geo Channel, awaiting official order for series.]
Dave Threlkeld | Rogers, AR

“I am extremely appreciative of his talent, skill, mindset and work ethic, and I confidently refer him to anyone in need of what he can deliver! THANK YOU, SCOTT!”
Eric Ritter